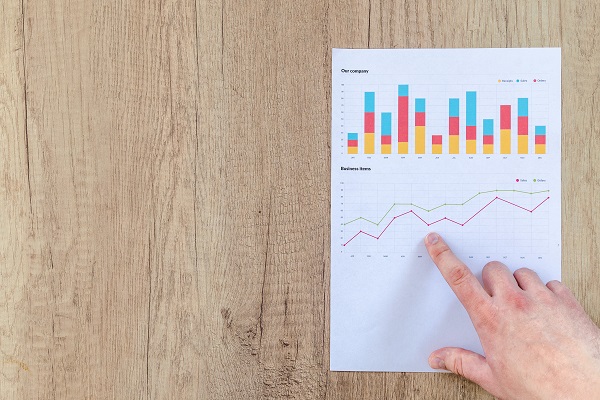 This post gives a brief overview / explanation of some best practices involved in establishing correlational matrices and tries to offer a simple way to understand the topic. We will also give an example of a correlation matrix  and discuss some applications of a correlation matrix. We also briefly touch upon negative correlation and coding of the variables. Correlation statistics is important since it can help show that certain results can be attained with statistical significance. There are numerous different statistical methods that can be used, and the one that you should use could depend on the number of independent variables that you are studying which in turn is related to how much data you’ve collected, if you’re using a large amount of data, the statistical method that you use could vary compared to if you’re not using a large amount of data in your study.

The concept of correlation

For example, if the correlation between the pair of variables A and B is 0.91 and that between A and C is 0.29, then it can be concluded that A is more strongly related to B than to C. However, if variables A and B have a covariance of 106.7 while A and C have a covariance of 14.4, no conclusion can be reached about the magnitude of the relationship. This is because the magnitude of a covariance depends upon the measurement scale of the variables. If the measurement scale for the variable C is shown to have significantly lower variance than that for variable B, then the variable A could actually be more strongly related to C than to B. The correlation coefficient avoids this interpretive problem by keeping all variables on the same measurement scale – the Z score with a mean of 0 and a standard deviation of 1.0.

Sometimes, it may be necessary to scrutinize the relationship between more than two variables. This can be made possible through a correlation matrix.

Definition of a correlation matrix

Properties of a correlation matrix

The scope of a correlation matrix

Matrices that possess all the four properties of a correlation matrix are known as true correlation matrices. In the language of matrix algebra, they are also known as positive semidefinite (PSD) matrices. Also, while PSD matrices are made up of non-negative eigenvalues, including zero, another variant, known as positive definite [PD] matrices excludes zero values [unlike PSDs]

A situation where a correlation matrix has one or more values that are exactly zero implies that the eigenvalues correspond to the directions or dimensions [which relate to the corresponding eigenvectors] that explain zero proportion of the variance in the original variables. This situation may occur if a linear dependence exists among the variables in the correlation matrix as can be the case if a researcher unintentionally includes a variable that is a linear combination of one or more variables.

Though correlation matrices with one or more zero eigenvalues are true matrices, they are problematic for most statistical software applications and may yield error messages for researchers trying to analyze them. To solve this problem, the researcher should scrutinize his or her data to fish out and remove the variable[s] that brought about the linear dependence.

Let us know if you want more info on this topic. In the future, we might cover parametric correlations, treatment of missing values, and computing correlation by using statistical software or simpler tools like Microsoft Excell.