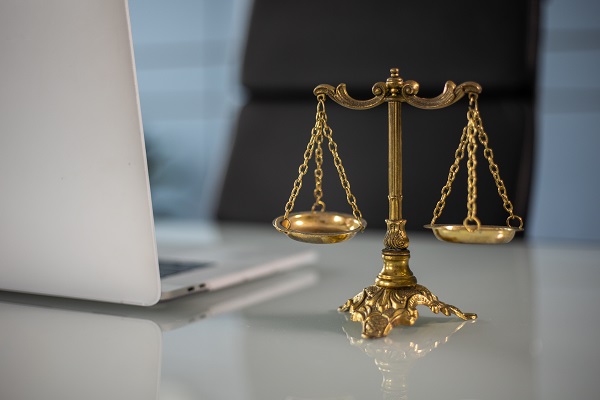 So why is academic integrity important you may ask? Academic integrity means a lot of different things, but the core issue relating to academic integrity revolves around the importance of showcasing your own work as opposed to masquerading others work as your own work. Not only is this not following an ethical way, but the produced work cannot be classified as original work based on new ideas, and often leads to consequences that will amount to what is essentially an issue of academic misconduct. Plagiarism offenses  are some of the worst kind of offenses that can be made in an academic setting, and the act it self is viewed as an act of dishonesty (you are after all claiming others work as your own without giving them due credit).

It’s important that you as a researcher follow integrity standards in your academic career, not only will this mean that you’ll have a more successful career, but it will also put you in a good seat with respect to your fellow faculty members. If you’re a student, it’s even more important that you learn to harness academic integrity as an important skill. Always make sure that you have high standards in your professional life including any type of academic exercise that you undertake. All academic assessments that you undertake are taken with the implicit presupposition that you are presenting your own work, and your “own knowledge” (you can of coure cite others work, but it’s important that you do not copy their work without citing them properly) and that you’re following high standards in doing so.

The education system at all levels is governed by a set of rules and principles which every stakeholder is meant to abide by. One such principle is academic integrity, a concept made popular by Don McCabe and other scholars like Tracey Bretag, Thomas Lancaster, Tricia Bertram Gallant, Sarah Elaine Eaton, and others.

But what exactly is academic integrity and why is it important?

According to the International Center for Academic Integrity (ICAI), “academic integrity is a commitment, even in the face of adversity, to six fundamental values: honesty, trust, fairness, respect, responsibility, and courage.” It is these values that usher in the behavioural conduct needed to transform ideals into action in academic communities.

In a nutshell, academic integrity encompasses those moral and ethical conduct or behaviour that guide activities in an academic community. Academic integrity often seeks to guard against negative behavior such as plagiarism, and the different forms of cheating including exam malpractice and others. However, though a lot of emphasis is placed on students, academic integrity is a holistic concept that extends to every stakeholder in the education system, including all academic and non-academic staff.

Some common forms of academic integrity

According to the International Center for Academic Integrity [ICAI], the following are the five pillars of academic integrity:

Honesty has to do with being sincere, both on personal and intellectual or scholarly levels. Staff and students who are honest recognize their individual abilities and utilize them fairly in their teaching and learning efforts. Honesty exerts significant influence on all the other aspects of academic integrity.

Having trust in other individuals and one’s community at large makes working relationships easy, for example, by facilitating the free exchange of ideas which ultimately leads to improvements in scholarly achievements. In any given system, trust is built when policies and structures are based on fairness, everyone is treated fairly and all individuals put in their best effort.

Fairness is directly related to trust. In a fair academic community, all students, faculty staff, and administrators should believe they have an equal chance of fair treatment and that the same standard of justice will be applied to every member of the community without bias.

For instance, a student should trust his or her professor in terms of evaluating all students fairly without unduly favouring any particular student(s) over others. Hence, a fair system ensures that those who put in the best effort in their work are recognized and rewarded accordingly.

Respect creates an environment for the sharing of individual points of view and opinions in an academic community. Teachers show respect by taking cognizance of students’ comments or ideas and offering full and honest feedback to such opinions. On their part, students show respect by listening to teacher and other opinions, being prepared, complying with deadlines, and putting in their best effort. In a nutshell, respect is all about honouring, valuing, and considering the opinions and ideas of other stakeholders.

A responsible individual is one that recognizes the need to achieve organizational goals and ensures personal accountability not just at work but also in his or her other everyday activities. Hence, all workers have a responsibility to perform their duties with integrity and also motivate other workers to make integrity their watchword as well.

Responsibility also entails leadership by example, adherence to formal standards, and enforcing punitive measures when needed. Academic integrity via responsibility can yield desired outcomes for the whole community but has to begin at the individual level.

Courage in academic integrity implies translating talk to action and promoting the right moral and ethical values with determination and unwavering commitment, no matter the pressure and threat of unpleasant consequences. Students should be courageous enough to confront and complete academic tasks according to formal deadlines.

The importance of academic integrity

Integrity [whether academic, personal, etc] is a very desirable virtue necessary for the assessment and evaluation of individuals, their achievements, and the character of any society as a whole. Any system that is tolerant of cheating and dishonesty is sending the wrong message when it comes to promoting hard work and excellence through honest and sincere effort.

For the student, academic integrity is a character moulding variable since holistic education comprises both character and learning. A student who learns to be honest under little or no supervision will take such laudable attributes into his profession and the larger society. Entrusting leadership positions to such students can help promote sound moral and ethical values and reduce corruption for the betterment of all.

For the universities and colleges, entrenching academic integrity helps to guarantee the validity, reliability, and overall quality of research coming forth from citadels of learning. As one of the important agents of socialization, it is essential that school authorities formulate strict policies that reward hard work and honest effort, promote merit and unbiased judgment as well as punish all forms of dishonesty and cheating from both staff and students. Without encouraging intellectual laziness, the system should be such that has more leniency for a student that fails through honest effort than one that attempts to succeed through cheating. Scholarships, grants, and other kinds of funding should strictly be reserved for honest and trusted students.

For employers, academic integrity is a reassuring principle that makes graduates transiting from the university system to the labour market trustworthy or reliable thus making the recruitment process a lot easier. In other words, when an institution ranks high in terms of academic integrity, employers are more certain that the certificates awarded to their graduating students are an appropriate reflection of their academic capabilities. They will also rest assured that they are employing individuals well cultured in the upholding of sound moral and ethical conduct.

Finally, for the society at large, academic integrity is just one of several key virtues needed to ensure a fair, equitable, and just existence without excessive corruption. When individuals are meant to realize that dishonesty and cheating can attract punitive measures and that honest effort can attract recognition and reward, they are bound to put in their best effort through honesty and sincerity in addition to having more trust in one another, leaders, and the system as a whole.

Academic integrity is one of the most important principles at all levels of education because it helps ensure that scholarly output is valid, reliable, and qualitative as well as promoting the entrenchment of sound moral and ethical values in every academic community. Not only does it help mould the character of learners but also has important implications for the labour market and society as a whole.