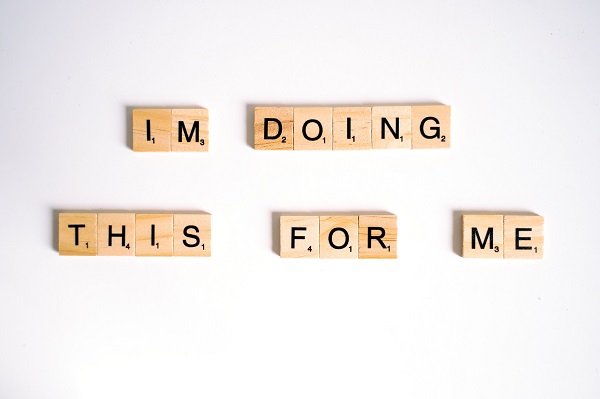 In years past, the standard practice in pedagogy was a rejection of the use of I and other first-person pronouns in English language research papers and other academic writing. This position was based on the impression that writers will write with more clarity and objectivity if they avoid self-referencing via the use of I and other first-person words. A good example is the 1918 classic manual by Strunk and White titled “Elements of Style” which had the following advice for students:

“place yourself in the background,” writing “in a way that draws the reader’s attention to the sense and substance of the writing, rather than to the mood and temper of the author.” (70)

According to this traditional view, the ideal rhetorical stance for an academic writer that is undertaking any form of “scientific writing” is to sound dispassionate, impersonal, and (supposedly) unbiased. This doctrine was specifically true for scientific papers where the academic community had in a sense agreed upon that only a passive voice should be used and that the use of personal pronouns should be limited in general, where one avoids using both first person and second person pronouns.

– We completed all of the experiments during the second quarter of 2022.

– All of the experiments were completed during the second quarter of 2022.

However, in recent times, though some still hold on to the old doctrine of avoiding first-person pronouns, there has been a significant paradigm shift from this rigid position where the strict rules have to some degree been disregarded, and the use of I in research papers has become more widely accepted and practiced all over the world. For the proponents of the use of I and other first-person pronouns in research papers, the old objectivity argument is an illusion that does not exist.

Here is an aggregation of a few expert opinions about whether you can use I in a research paper.

The APA has a long-standing tradition of allowing the use of the first-person pronoun I in its research papers. More specifically, this policy dates as far back as the second edition of the APA Style Manual which was released in 1974 and has persisted to the manual’s seventh edition [section 4.16] introduced in 2019. Information on this policy can also be found in the seventh edition of the “Concise Guide to the APA Style” published in 2020 as well as on the APA website. According to the APA website:

The association goes even further to provide some clarity by stating that:

The examples below offer even more clarity as to how to use I in an APA research paper.

“I interviewed the participants………”

“My analysis of the data revealed……….”

The “Advice from the editors” series of the MLA website leaves the use of I in a research paper entirely to the discretion of the writer. The editor in question – Michael Kandel recommends that:

“you [should] not look on the question of using “I” in an academic paper as a matter of a rule to follow, as part of a political agenda (see Webb), or even as the need to create a strategy to avoid falling into Scylla-or-Charybdis error. Let the first-person singular be, instead, a tool that you take out when you think it’s needed and that you leave in the toolbox when you think it’s not.”

Kandel then provides the following examples on when to use and when not to use I in a research paper:

Examples of when I may be necessary

Examples of when I should not be considered

“Whether working within scientific disciplines, the social sciences, or the humanities, writers often struggle with how to infuse academic material with a unique, personal “voice.” Many writers have been told by teachers not to use the first-person perspective (indicated by words such as I, we, my, and our) when writing academic papers. However, in certain rhetorical situations, self-references can strengthen our argument and clarify our perspective. Depending on the genre and discipline of the academic paper, there may be some common conventions for use of the first person that the writer should observe.”

“In addition to observing conventions for first-person references, writers should ask themselves, “What is my personal investment in this piece of work?” The question of whether or not to mention oneself—to I, or not to I—should be considered within this larger context. Although they are not always necessary or advisable, writers should be aware that self-references and use of a personal voice can potentially strengthen an academic argument, when used sparingly and selectively.”

“Academic writing is formal in tone and meant to be objective, using cited sources to support an argument or position. This assumes the focus is not the author, but rather the writing. The first-person point of view is considered informal, and is not encouraged in academic writing. First-person can appear to weaken the credibility of the writer in research and argument, as it reads as the writer’s personal opinion. The third-person point of view is often used as an alternative to [the] first-person as the “voice” in academic writing.

Examples of using effective alternatives to the first-person:

In the wrong example, the focus is on the reader or author of the study while the correct example focuses directly on the study and its findings.

Some general examples for changing first person to third person:

“Personal writing, such as for a reflective essay, or a “personal response” discussion posting, can be written in the first person (using “I” and “me”) and may use personal opinions and anecdotes as evidence for the point you are trying to make.

Most academic papers (Exposition, Persuasion, and Research Papers) should generally be written in [the] third-person, referring to other authors and researchers from credible and academic sources to support your argument rather than stating your own personal experiences.”

Third-person correction (suitable for all other academic writing):

The pronouns I, me and my have been removed in the second example and instead replaced by academic sources as evidence.

The few sources cited above seem to indicate that even with the paradigm shift from avoidance to acceptance of the use of I in a research paper, opinion is still somewhat divided. However, if I were to take sides, I’ll adopt the advice from MLA and Duke University, both of which imply moderate discretionary use of I when it is most appropriate in a research paper. But as a student, it is very important to follow the instructions from your faculty, department, and/or course instructor. So, consider the following advice from APA:

“As always, defer to your instructors’ guidelines when writing student papers. For example, your instructor may ask students to avoid using first-person language. If so, follow that guideline for work in your class.”