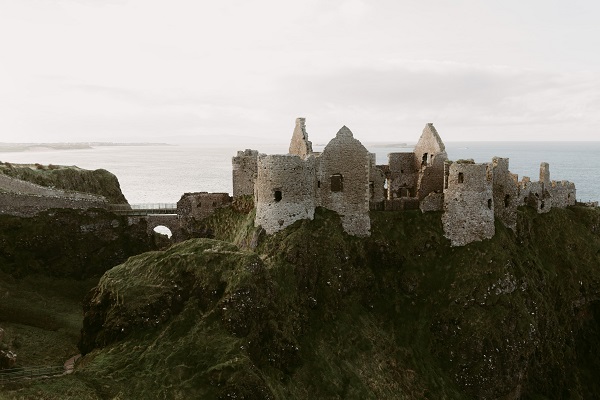 History is a fascinating discipline that is usually a member of the faculty of arts in most universities and colleges. The historical method is a collective term for all the formal techniques and procedures through which history scholars research and present accounts of history. The method relies on both primary and secondary sources of information as well as other material evidence such as those found in museums, and archeological sites.

It is important to note that although picking a good topic for your paper is important, the quality of the paper it self is much more important with respect to whether it is a good research paper or not. Therefore, although it is preferable to find interesting history research paper topics, it is even more important that the paper itself is well written and well researched, using reliable sources and following best practices of research writing.

A good historian should display an ability to identify the best sources of information for a particular topic, determine the authoritativeness of such information and then proceed to construct an accurate and reliable analysis of the topic. If you are a history student you’ll be required to craft a research paper now and again. This means that you may be asked to select from any of the abundant history research paper topics available.

The following few tips will help you prepare your history research paper after you have selected a topic.

Use both primary and secondary sources

Any source that is a direct participant or witness of the topic you are researching is known as a primary source. Primary sources are important because they provide the historian with a vivid account since they were present as the events surrounding the topic unfolded. But note that this is not to say that a lone primary source is always accurate so you should endeavor to cross-check information provided by lone primary sources, if possible.

The main goal of a thesis statement is to provide a clear, specific argument or claim that will serve as a guide to the reader so he or she knows what to expect from the paper.

One of the qualities of a good thesis statement is that it must be arguable. Consider the following statements

Be sure to analyze

Unless otherwise instructed, merely summarizing or narrating history research papers without analyzing it may not impress your instructor very much. A summary or narration may seem similar to an analysis but the latter differs due to its more rigorous approach. A summary seeks to identify and narrate the important aspects of a paper but an analysis breaks communication down into several components in order to identify and interpret the connections or interrelationships between these components.

Thus, historical analysis goes beyond the surface to identify and explain patterns of interconnectedness or relationships as well as any divergences in historic events.  As a more robust intellectual approach, historical analysis, takes cognizance of varying explanations for one event, evaluates such explanations from different perspectives, and tries to determine cause and effect, among other logical deductions in order to ensure plausibility.

In a nutshell, analysis is much more sophisticated than summary when crafting a history research paper and will earn you a higher grade if properly used. This is not to say there will not be portions of the paper where summarizing information will be necessary. But overall, try to ensure your paper is seen to adopt more of an analytical approach.

Student historical research paper writers are often advised to narrow down their topic. This is meant to contextualize the analysis so that the student will not have a very broad, complex, and potentially overwhelming topic to deal with. For example rather than research a broad topic such as “World war II” you can narrow it down to: “Pearl Harbor: the day that marked the beginning of World War II for the U.S” The second topic gives you just one day to cope with rather than researching several years of that battle-laden conflict.

One way to expand what may seem like a narrow topic or context is to start with a broad introduction before gradually concentrating on the particular context of the paper. Needless to say that as a historian, your search for materials, interpretation of evidence presentation of findings, etc should reflect a skilled arrangement of text according to the particular context you are working on. This is another way of saying that your research should not deviate from its main focus.

Whether summarizing, describing, or analyzing, historical accounts should be vivid and precise rather than vague and imprecise. Try to show your course instructor that you’ve spent time researching even the minutest detail of the topic by specifically mentioning key information. Rather than say “Japanese forces carried out a surprise attack on American territory that eventually dragged the latter into the second World War” it is better to say that on the 7th of December 1944, Japanese forces under the command of Admiral Yamamoto launched a surprise attack on the US territory of Pearl Harbor which eventually made the latter to enter World War II.

The second statement is more precise because, unlike the first statement, it has provided intimate details such as a date, an individual’s name, and the exact geographical location where the attack took place, But while not suggesting that your paper should be overloaded with precise information from beginning to end, it is better to be over-precise and more in-depth than sound hollow or vague.

How to choose a history research paper topic

Of course, the list above shows some examples, whatever the chosen subject is, keep in mind that your paper should speak toward the target audience. This differs depending on what type of paper you are writing (research paper vs term paper, for example). Make sure the main ideas are covered regardless of the chosen subject.

History is an exciting and important course because the study of historical events can help leaders make informed decisions that impact society, culture, and the economy. The historical method is a collective term for all the formal techniques and procedures through which history scholars research and present accounts of history. The method relies on both primary and secondary sources of information as well as other material evidence such as those found in museums, and archeological sites. History researchers have a plethora of topics to choose from. However, choice should be premised on a number of factors. For instance, the researcher should select a topic from an area that stimulates his or her interest.