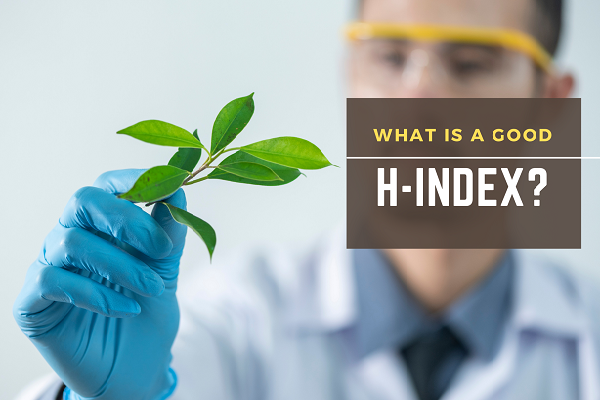 This article discusses what’s considered a good h-index. If you’re interested in a tool that helps you when improving your h-index, check out Avidnote which is a useful app to help you write better research notes.

It is not an easy task to quantitatively determine what makes one scholar more prolific than another, or compare between the bodies of work of different researchers. Although comparisons between researchers is difficult, it is nonetheless important when allocating research grants or deciding on who to recruit or to promote to an academic position. One way to determine the level of output of a researcher is by using the h-index. Since it was introduced many years ago, it has become widely used because of its unique properties.

What is the h-index?
The h-index is a measure of a researcher’s productivity (number of publications) and impact (number of citations generated by the publications). It takes into account both the quantity of work, in terms of how many publications the author has generated, as well as the “quality” of those papers, in terms of how many citations it has obtained (assuming that accumulating a lot of citations is the mark of quality, which is not necessarily true, but in lack of other metrics, it’s used as a proxy to measure quality).

The index was introduced in 2005 by Jorge Hirsh, a physicist at the University of San Diego, California in a paper titled “An index to quantify an individual’s scientific research output.” Hirsh defined the index as “the number of papers with citation number ≥h [the ranking position where the number of publications is greater than or equal to the number of citations]” and saw it as a “useful index to characterize the scientific output of a researcher.”

“The publication record of an individual and the citation record clearly are data that contain useful information. That information includes the number (Np) of papers published over n years, the number of citations (Nc j ) for each paper (j), the journals where the papers were published, their impact parameter, etc. This large amount of information will be evaluated with different criteria by different people. Here, I would like to propose a single number, the ‘‘h index,’’ as a particularly simple and useful way to characterize the scientific output of a researcher. A scientist has index h if h of his or her Np papers have at least h citations each and the other (Np – h) papers have ≤h citations each.”

He further notes that

“For the few scientists who earn a Nobel prize, the impact and relevance of their research is unquestionable. Among the rest of us, how does one quantify the cumulative impact and relevance of an individual’s scientific research output? In a world of limited resources, such quantification (even if potentially distasteful) is often needed for evaluation and comparison purposes (e.g., for university faculty recruitment and advancement, award of grants, etc.).”

Consider a scientist that has published 5 papers with the following citations:

Because of its simplicity and logic, the h-index has become increasingly popular over the years. It is now a quick and accessible metric that researchers can use to track their scientific progress or impact. Different databases (e.g., Google Scholar, Scopus, Web of Science, etc) have specific ways of calculating the h-index.
Determining a good h-index

Due to some other variables, it is not possible to precisely determine what constitutes a standard or uniform good index. This is because publication and citation dynamics vary across the various fields of learning. There are also similar variations among funding and recruitment organizations that may consider factors like educational level, position of the applicant as well as type and size of the research project to be funded.

Here, it could be useful to refer to a study (Am J Clin Pathol 2019;151:286-91) that found that, on average, assistant professors have an h-index of 2-5, associate professors 6-10, and full professors 12-24. The statistical variance in the data set was quite large so the averages should be taken with a grain of salt. The same study found that if you are aiming for a Nobel Prize, your h-index needs to be at least 35 and preferably much closer to 70.

Note that the above figures are not fixed and conditions can differ significantly according to discipline (as noted above). For instance, there are cases where full professors, faculty deans, and vice-chancellors have very low h-index scores, while brilliant young researchers still pursuing PhDs have scores of between 10 and 15. The figures will also vary significantly depending on the research area. 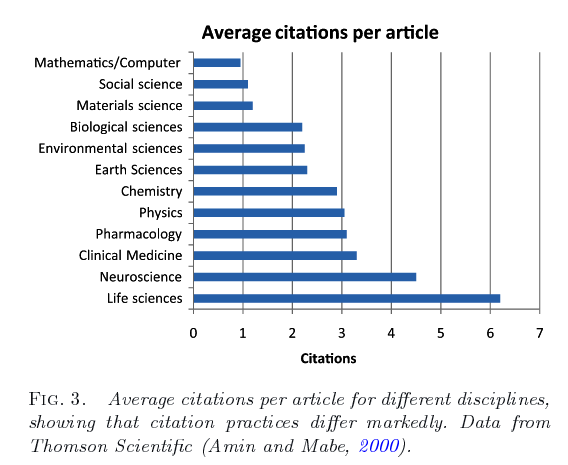 One rule that is widely accepted, however, is that an h-index score should at least be equal to the number of years a scholar has put into his or her work. This rule was prescribed by Hirsch who recommended an h-index of at least 20 after working for the same number of years. One notable observation from Hirsch’s paper is that accomplished scientists usually accumulate high h-index scores. This is indicated by the statistics in his 2005 paper which show that 84% of Nobel laureates in physics had an index score of at least 30.

Limitations of the h-index

One significant pro of the h-index is its combination of productivity (number of papers published) and impact (number of citations) to derive the score. The implication of this is that neither several publications with a few (or no) citations nor a few heavily cited publications will lead to a high h-index. However, despite its strengths, the index has a number of weaknesses or limitations. Some of them are enumerated below.

• Due to incomplete coverage or varying degrees of coverage of a scholar’s works by the different bibliometric databases, the scholar’s h-index can vary significantly from one database to another. For example, some databases do not provide sufficient coverage for publications in foreign languages.
• It fails to consider the number of authors of a particular publication. The argument here is that a paper with 70 citations written by one author should attract extra plaudits than one with the same number of citations written by say, 7 authors.
• Because of its direct relationship with time, the index tends to favour writers who are at the middle or terminal stages of their working life. For instance, assuming Albert Einstein died in early 1906, he would still have been regarded as a very influential physicist but his h-index would have been lower (maybe 4 or 5). He presently has an h-index of 119, according to Google scholar.
• Authors working in fields characterized by fast rates of publication, heavily cited/referenced papers, and multiple authorship tend to be more favoured.

• Review articles often exert a more significant impact on the h-index than original papers because they are usually cited more frequently.

Due to the limitations of the h-index, some variations have emerged over the years. These include m-index, contemporary h-index, and i10 index. However, these other measures are not as widely applied as Hirsch’s index.

Even with its limitations and skepticism amongst some scholars, metrics like the h-index remain important considerations among decision-makers that determine things like awarding research grants and recruiting staff. The h-index has continued to expand in usage since it was introduced by Jorge Hirsch in 2005. However, it is impossible to determine what constitutes a good h-index due to a number of factors such as differing publication and citation conditions across the various fields of knowledge, among others.

Avidnote is the new app for writing and organizing your research notes. Become a more effective researcher. 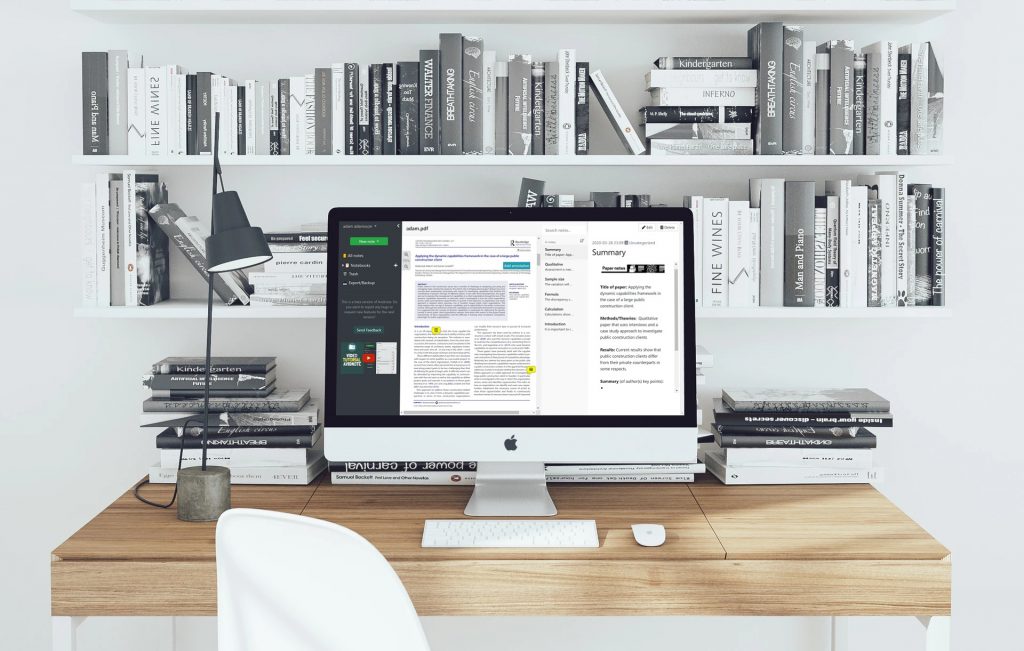