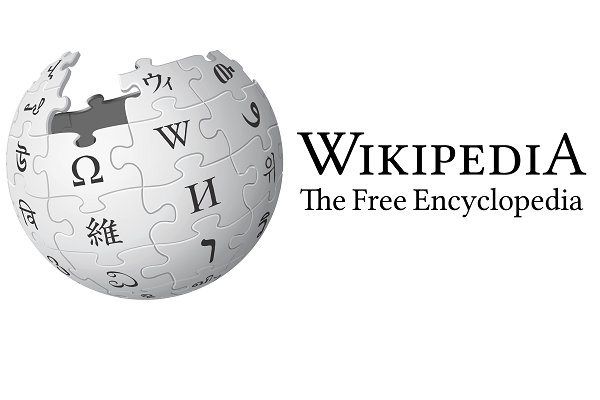 To learn how to cite Wikipedia, scroll down to find some examples.

The word Wikipedia is derived from wiki and encyclopedia. Wikipedia is a multilingual free, online encyclopedia that was launched on the 15th of January 2001. It is based on open-source management and has a community of volunteer contributors that help to maintain the site. One of the goals of Wikipedia’s founder was to create a publicly editable encyclopedia that will provide “free access to the sum of all human knowledge.”  To achieve this goal, they used a wiki model that permits the audience to contribute to the management of the site, including the editing of publications on the website.

At its inception in 2001, Wikipedia was available only in English language. As of September 2021, the online encyclopedia can be accessed in 323 languages. It has consistently been among the 15 most popular websites, according to Alexa. As of September 2, 2021, Wikipedia’s combined editions include over 57 million articles that attract around 2 billion unique device visits each month, and over 17 million monthly edits or 1.9 edits per second.

According to Wikipedia, the following five principles are fundamental to its operations:

Can you cite Wikipedia? Is it a good idea for academic writing?

Despite its massive popularity, the academic community is not very receptive to citing Wikipedia publications in academic papers. This is mainly because while they may provide valuable insight, most educators do not consider tertiary sources like encyclopedias suitable enough as sole sources of information. For Wikipedia, students are advised to leverage the depth of information in its articles and to then dig deeper for more precise scholarly works on any particular subject matter of interest rather than rely solely on Wikipedia. It is these alternative works that are acceptable to most academic authorities for citation purposes.

A good alternative to citing Wikipedia is to read the sources that are quoted in the Wikipedia article and cite those sources instead (assuming they are good sources, see our post regarding finding credible sources).

The reasons for the apathy towards Wikipedia citations in academia can be analysed from three perspectives.

1) Firstly, there is concern about the open-source nature of Wikipedia which implies that anybody with access to the internet can alter the content in its publications. This can lead to unintentional misinformation and intentional vandalism whose consequences can be damaging to the integrity of the education industry.

2) Secondly, because Wikipedia articles are constantly changing, citation is made increasingly difficult due to the need for timestamps and article versions as well as the usual inclusion of dates. Unfortunately, though Wikipedia does a good job in maintaining a comprehensive history of its past pages or article versions, the citation formats in use today usually don’t require timestamps for citing and referencing academic papers and articles.

3) Lastly, international conventions require that writers cite or refer only to original sources of research. This automatically puts Wikipedia at a disadvantage since it is mostly a collection of information and ideas from secondary sources such as books, other articles, and grey literature who themselves are a synthesis of information from primary sources like original data, records, manuscripts, and other documents. Therefore, citing tertiary sources like Wikipedia can be seen as infringing on international best practices.

Having this said, a study conducted by Tomaszewskia and MacDonald from 2016 shows that it is becoming more popular for authors to cite Wikipedia, indicating a growing acceptance among academics to use it as a source.

Depending on the subject area, you could think of Wikipedia as a good resource when you’re starting out your paper / article in order to get some general background around a subject area. You should however be careful that the information that is contained there can vary a lot in terms of accuracy. While certain posts are fairly accurate, others can be downright misleading or factually incorrect. Wikipedia articles should therefore always be used with caution, and be doublechecked against more credible sources.

However, because of its massive popularity and innovative way of providing free access to information for people around the world since it emerged twenty years ago, some of the popular citation guides have adapted it into their various styles. Below are the Wikipedia citation formats provided by the American Psychological Association [APA] and the Modern Languages Association [MLA].

The following examples are using two citation styles, MLA 8 and the 7th edition of APA.

MLA advises that writers should include citations for every encyclopedia entry included in their writings. For Wikipedia, it is recommended that you cite each article separately even if they originate from the same source. The MLA format is presented below.

Pros and cons of citing Wikipedia

As noted above, Wikipedia uses a wiki model which, despite its merits, implies that anyone can manipulate content posted on its website. This is a big concern for those in the academic community. On a last note, consider the following tips from Wikipedia:

We advise special caution when using Wikipedia as a source for research projects.” Normal academic usage of Wikipedia and other encyclopedias is for getting the general facts of a problem and to gather keywords, references, and bibliographical pointers, but not as a source in itself. Remember that Wikipedia is a wiki. Anyone in the world can edit an article, deleting accurate information, or adding false information, which the reader may not recognize.

Thus, you probably shouldn’t be citing Wikipedia. This is good advice for all tertiary sources such as encyclopedias, which are designed to introduce readers to a topic, not to be the final point of reference. Wikipedia, like other encyclopedias, provides overviews of a topic and indicates sources of more extensive information. See researching with Wikipedia and academic use of Wikipedia for more information.