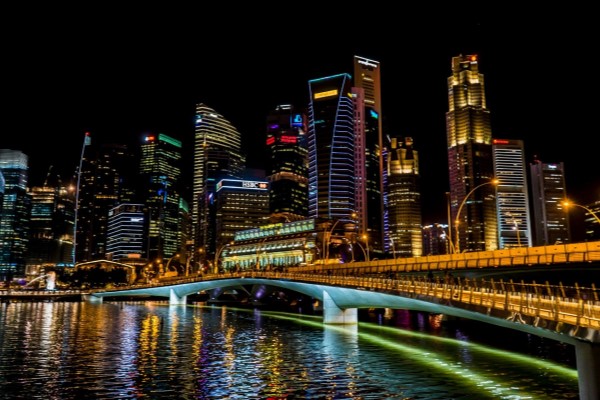 Operations research (OR) is a quantitative analytical approach that focuses on helping organizational management to solve problems and make better decisions. As a concept, operations research seeks to break down problems into smaller elements and then solve them systematically using mostly mathematical techniques.  It is a valuable tool for resolving conflicts of interest in situations where there are several alternative courses of action available to decision-makers. In such situations, the concept theoretically prescribes management to opt for an optimum decision, one which is most suitable for the organization as a whole. This optimum solution is also referred to as the “global decision” and is opposed to a ”sub-optimal decision” that may favour just one or a few departments or sections of the organization.

A brief history of operations research

Though it started its evolution much earlier, modern operations research can be traced to 1937 [two years before World War II commenced in Europe] precisely at the Bawdsey Research Station, UK, then located in Suffolk England. Operations research formally emerged due to the work of Albert Rowe, a physicist and superintendent of the Bawdsey Station and others. Rowe was mainly interested in studying and improving the UK’s early-warning radar system. His investigations concluded that even though the system had the technical capacity to detect aircraft, its operational standard was inefficient and could be improved upon. He subsequently recommended a crash program of research that should focus more on operational rather than technical areas of the early-warning system. It was based on this new crash program that the term “operational research’ emerged.

With the quick advance of German forces in France, UK’s Stanmore Research Section was on May 15 1940 mandated to study a French request for 10 extra fighter squadrons.  Based on their operations research, it was decided that no aircraft be sent to France, and those already sent be brought back. Because of the usefulness of the saved pilots and aircraft during the later successful defense of Britain from the rampaging Germans, some analysts consider this decision as the most strategic contribution made by operations research in World War II.  By 1941, an Operations Research Section was established at the British Coastal Command. This marked the formal establishment of an operations research agency anywhere in the world.

Linear programming is considered the most popular technique in operations research.  It is a mathematical model that emerged during World War II due to the need for the military to plan its expenditures and returns in a bid to lower costs and increase enemy losses. The concept is based on the principle of “optimization” which aims to quantitatively determine maximum profit and minimum loss as well as help to select an optimum solution from a set of numerous feasible solutions. Constrained optimization seeks to optimize a specified criterion subject to some constraints. The objective function, [which can include the above-mentioned profit maximization and loss minimization, among others] and the constraints [e.g., Limited raw materials, funds etc] are linear in nature.

This is the use of quantitative methods to analyze decisions that utilize the concept of expected utility to determine the most ideal or preferred alternative course of action. It is a technique that offers numerical tools that help to analyze decisions when faced with a host of conflicting objectives and/or uncertainty. Decision analysis can be very effective when decision-makers have little or no data to work with and thus have to rely more on their professional instincts and discretion. The major appeal of this technique comes from its systematic evaluative approach to arrive at optimum decisions as opposed to mere descriptions of how decisions should be made in situations of limited data/information. Decision analysis usually follows the following steps:

The transportation technique was first conceptualized by Frank Hitchcock in a 1941 paper titled “The Distribution of a Product from Several Sources to Numerous Localities.” It is widely regarded as the first significant effort to solve a transportation problem. The problem arose due to the various difficulties faced during the transportation of goods. Further strides were made in 1947 with Tjalling Koopmans’ paper “Optimum Utilization of the Transportation System.“ The ideas of these two pioneers helped generate much-needed solutions in the transport industry, including shipping.

The objective of the transportation problem is to minimize the costs incurred when distributing goods from certain sources to other locations [e.g., from a manufacturing plant or factory to a store or warehouse] while not compromising on appropriate supply and demand conditions.

Both CPM (Critical Path Method) and PERT (Project Evaluation and Review Techniques) are popular and complementary project management techniques. They were born because of the need to plan, schedule, and control complex projects by the military and industrial sectors of the advanced Western countries. CPM/PERT is premised on the idea that a few sets of activities constitute the longest path through a project’s activity network and thus influence the project as a whole. Identifying these ‘critical’ but few activities and assigning responsible personnel to oversee them can lead to optimal management of an organization’s resources. Other activities which are less critical can be rescheduled and the resources meant for them flexibly reallocated without impacting the project.

Some pitfalls in operations research

Because operations research is quantitative in nature, it relies heavily on data. However, due to the humongous amounts of data used by some organizations as well as the complex calculations that may be needed sometimes, solving optimization problems can be a tedious and time-consuming task. Moreover, unlike companies with modern, advanced data management systems, those who manage data manually may not be in the best position to utilize operations research techniques.

However, studies that aim to help tackle large-scale optimization problems continue to emerge. It is hoped that such studies and similar efforts will help simplify complex and relatively difficult operations research procedures in the future. It is also hoped that the expansion and increased availability of digital technology will make advanced data management systems affordable on a wider scale in future.